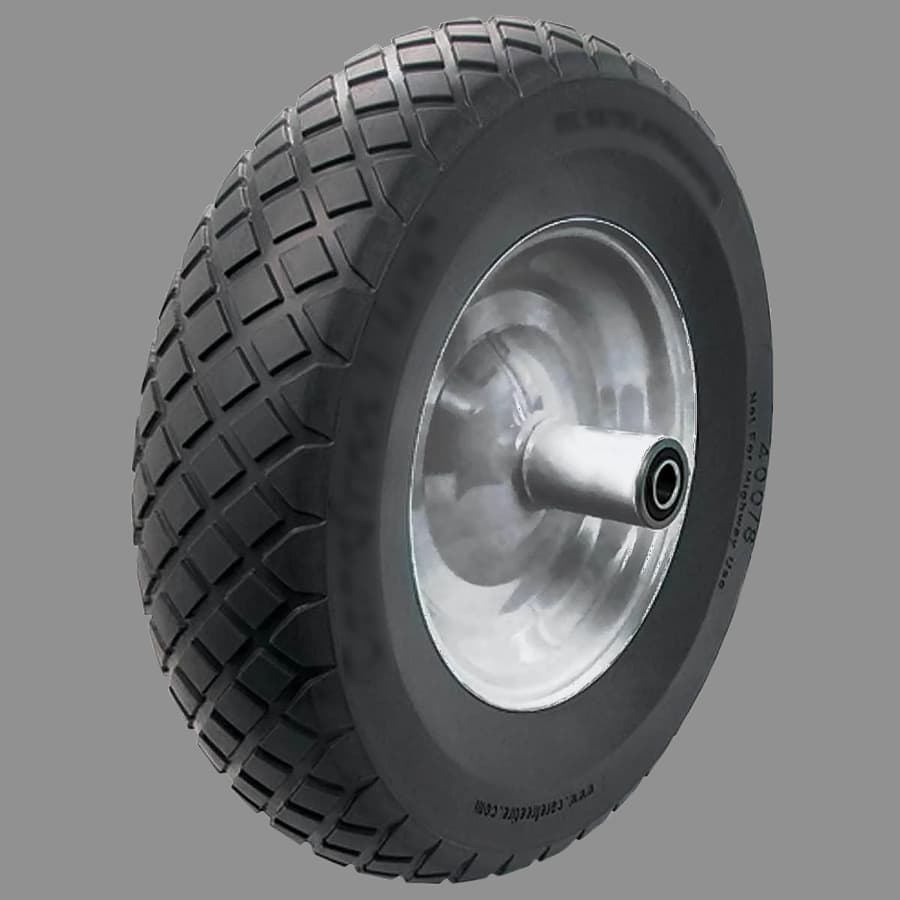 How hard is it to move a Portable Generator?

That depends on which generator you are referring to. Portable generators come in all shapes and sizes. Some, especially the so-called closed frame inverters, are small and relatively light and are popular among recreational users. But others, in particular the open frame powerful variants, are a lot heavier and harder to move from place to place, or at least for any distance.

Portable generator manufacturers often offer rear wheel kits as a standard fitting included in the box of heavier models to make it easier for buyers to move the units around. Some offer the kits as an optional extra. The wheel kits generally have to be fitted by the buyer during the initial setup process. They are advertised and hailed as being of the "no-flat" variety, which to be fair means that buyers have the benefit of not having to worry about air-filled wheels deflating over time or punctures.

Are no-flat wheels an economy measure?

Depending on the quality of the materials used some may argue that no-flat wheels could be a cheaper and less effective alternative to the pneumatic variety. But this is not true in all cases as some flat-free wheels are actually more expensive than pneumatic wheels.

All businesses make it a priority to keep costs down so as to remain relevant in a highly competitive global market where buyers often give priority to price and value for money. For companies to compete, introducing new technology and outsourcing have been some of the most effective ways of reducing costs. In terms of outsourcing, countries in Asia, particularly China, where labor is cheaper, have often been seen as the preferred option. The downside, of course, is the social impact of moving jobs away from the homeland, a subject we have touched upon where we talk about where portable generators are made.

Pros and cons of no-flat wheels

The polyurethane variety have a number of positives. They are considered to be one of the best general purpose wheels because they don't damage floors, are quiet over most surfaces, and are not affected by changes in temperature. They usually have a wide footprint and need little to no maintenance. And their capacity to absorb shocks or vibration is good, if not quite as good as their pneumatic competitors.

There are various other types of no-flat wheels, though those often supplied with portable generators seem to be generally made of solid plastic and can handle reasonably heavy loads. But when overloaded owners have reported that they can easily crack and break.

And then there is the oft-reported problem of flat spots developing if the generator is left on one place for some months, which is likely between the seasons.

Pros and cons of air-filled wheels

Filled with air to keep their shape, these rubber wheels are your best choice for protecting sensitive equipment because they are much better at absorbing shocks and vibrations when moving over rougher ground. The rubber compound is excellent at absorbing sound on the move and much more competent over surfaces such as grass or gravel. However and hardly onerous, they do need a bit more maintenance as they will require refilling with air as they deflate slowly over time.

Semi-pneumatic wheels have a strong exterior like that of solid tires. They have unpressurized air in the inner part of the wheel from which the air cannot escape. As a result, they do not need the regular maintenance of a pneumatic wheel.

It's clear that not every buyer is happy with the no-flat wheels that are supplied with their purchases. Although some of them are made of solid rubber (neoprene), others are reported to have been made of plastic.

Owners describe the plastic ones as toy-like, and complain they break easily when fitted to one of the heavier open frame generators, which can weigh upwards of 200lbs. But solid rubber wheels have their downsides too. For example, they won't absorb shocks like pneumatics wheels, nor are they easy to move over anything but solid ground.

But an equally serious owner complaint relates to some wheels distorting their shape when a generator is left in one place for several months. And that's not so unusual for a heavy and hard to move unit, which some owners might connect semi-permanently to a home's electrical panel. This distortion creates irreparable flat spots, which ironically result in the unit being much less movable/portable.

So what can you do to avoid no-flat wheel flat spots?

Well the simple answer is to never leave your generator standing in one place for any length of time. And some owners, forewarned about the distortion problem, find a way to prop their generator up off the ground to take the weight off the wheels. Others have simply chosen to replace the plastic ones with either rubber air-filled (pneumatic) wheels or those made of solid rubber. But be warned: solid rubber tires can also form flat spots if left standing for a long time.

So you can have a look at some wheel options, here is a reminder of some alternative wheels.

Let us know what your experience of no-flat wheels has been and what, if anything, you would like to see in their place.