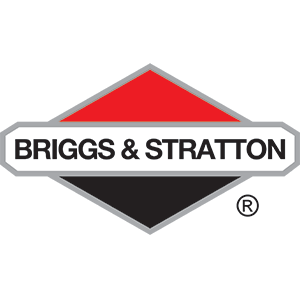 According to the leading provider of credit building and credibility solutions for emerging businesses Dun & Bradstreet, Briggs & Stratton is among the world's largest manufacturers of lawn mower gasoline engines both under its own brand name, but also for Original Equipment Manufacturers (OEMs) worldwide, such as Husqvarna, MTD Products, and Deere & Company It is also a top North American manufacturer of portable generators, pressure washers, garden tillers, and related service parts and accessories, which are sold through retailers and independent dealers. The company derives 75% of its revenue (US$1.84 billion in 2019) from the US market, and in 2019 employed about 5,000 people worldwide.

In mid-2020 Briggs & Stratton filed for Chapter 11 protection under the Bankruptcy Code with reportedly over US$900 million of debts. (see the filing information). Several months later the company announced that most of its assets and some wholly owned subsidiaries had been acquired by KPS Capital Partners LP through a newly formed affiliate (Bucephalus Buyer, LLC), and as a result had exited from Chapter 11 Bankruptcy proceedings. This is the SEC report on this transaction, and a summary of the process by MarketScreener.

Under new ownership, Briggs & Stratton said that it had obtained access to the finance needed to take forward ambitious business improvement and growth plans, and build on its long and rich history spanning over 110 years bringing to the market a whole range of innovative products.

In the latter part of 2021, Briggs & Stratton entered the Energy Storage System Market with their acquisition of SimpliPhi Power, a California-based manufacturer of energy storage and management systems which store solar, grid and wind power for future use by residential, commercial and industrial customers.

We understand Briggs & Stratton Corp is now traded on the OTCMKTS (Over The Counter Markets) under the ticker symbol "BGGSQ". It is no longer listed on a formal stock exchange, having given in January 2021 Notice of Termination under section 12(g) of the Securities Exchange Act of 1934 or suspension of duty to file reports under sections 13 and 15(d) of the Securities Exchange Act of 1934.

Alex Chen says "OTC Markets is a company that provides a market place on which over-the-counter stocks in the US can list and be traded (much in the same way that Nasdaq or NYSE are companies that provide a market place for publicly listed stocks in the US to trade). Companies often like to list here because the requirements are far less stringent than what the SEC requires to list stock on a national market exchange. OTC Markets has several different levels of listings, which generally relate to how legitimate of a company each listing is. You can read more about their listing tiers on their website".

Where are Briggs & Stratton Standby Generators Made?

It's not exactly as clear as it could be over where their portable generators are made. The company has various manufacturing facilities around the world as can be seen below. One of those is located in China.

It's possible that some items are assembled in the US with parts, including engines, made elsewhere. It's also possible the some models are manufactured in the US. Several websites claim a country of origin of some models as China.

If the country of origin is important to you, ask the company directly for a more detailed answer on the particular model of portable generator you are interested in.

Here is a selection of Briggs & Stratton portable generators.